Sometime in 1830 – 1833  Mrs Artfill opened her cottage for preaching. It was opposite the lower end of Plum Lane .

In 1842 Ebenezer Chapel was built  as a Congregational Chapel, opposite the end of Bloomfield Road. In 1846 the lease was bought by the Methodists.

In 1861 permission was given to erect a new building at the top of Burrage Road . 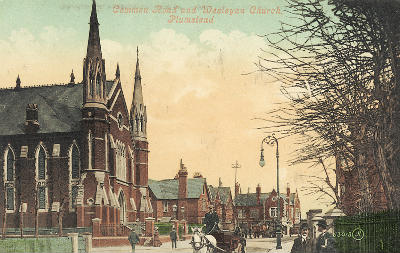 Ebenezer continued to be used for Sunday School and Youth work until sometime in the 1930’s when the hall was built behind the church.

during demolition in  1949,  unfortunately dry rot had got into the timber. 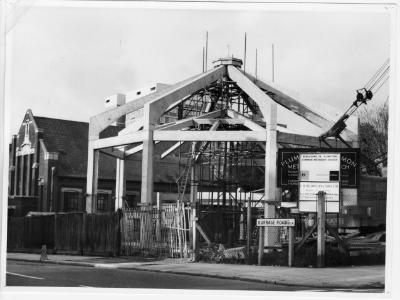 Finally rebuilding started: the Church was completed in 1969, part of the funding came from the sale of Robert Street and Herbert Road churches, hence Trinity .
Cost of rebuild £42,500 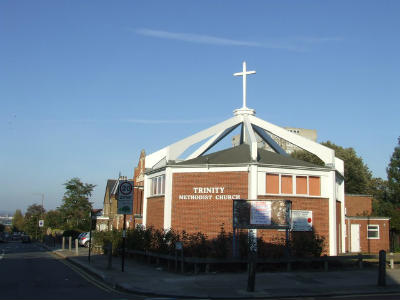 Our present situation - the congregation is frequently too large for the seating in the church so we are looking for some alterations to increase the size of the worship area from around 120 seats to 200. We have some plans and  all the permissions we need, but definitely not enough money to cover the cost